Glamour Women of the Year Awards

The Glamour women of the Year Awards were last Monday and so many incredible women were honored for all that they have achieved. 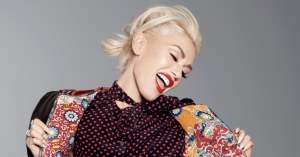 2016 kicked off a series of new milestones for Stefani: This Is What the Truth Feels Like, written after her divorce from Gavin Rossdale, was her first solo album in a decade, and her first to debut at number one. She took those hits on her first major tour in years (her boys—Kingston, 10; Zuma, 8; and Apollo, 2—joined her on the road). And as the world knows, she also found a new love: Blake Shelton, the country music star she got to know on The Voice. Every year, every decade, Stefani has written uncompromising music; she’s shown us all how to summon strength through self-expression. 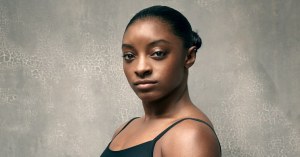 Biles, now 19, began winning everything in sight starting in 2013, including 10 world championship gold medals and five medals at the 2016 Olympic Games. Since Rio, she’s been hard at work on another project: writing her memoir, Courage to Soar, out this month. Oh, and the Tokyo Games in 2020? Biles hasn’t decided if she’ll compete there yet; right now she’s too busy savoring her 2016 victories. “When you stand up there on the podium, and the national anthem is playing, it’s surreal,” she says. “You realize all your hard work has paid off.” 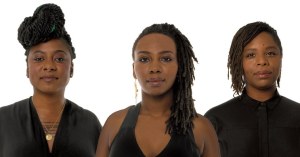 The morning after George Zimmerman was found not guilty in the shooting death of 17-year-old Trayvon Martin, Alicia Garza, 35, took to Facebook with her sorrow. Her now-famous words are a lament, an exhortation, and a praise song: “Black people. I love you. I love us. Our lives matter,” her post ended. Patrisse Cullors, 33, shared the posts, spontaneously hashtagging them #BlackLivesMatter. Tometi, 32, saw the hashtag and reached out to Garza, and volunteered to build a digital platform—the three women, all activists, wanted to find a way to bring people together. With that, a rallying cry for a new generation was born. “We gave tongue to something that we all knew was happening,” Tometi says. “We were courageous enough to call it what it was. But more than that, to offer an alternative. An aspirational message: Black lives matter.”

This February Ashley Graham became the first size- 16 model ever to land the cover of Sports Illustrated’s Swimsuit Issue—instantly bringing size acceptance into the mainstream with just one (fabulous) photo. One tool Graham used to help make it happen: social media. She saw emerging digital platforms as a way to directly connect with women, no “permission” from casting directors or model agents required. She began posting selfies and behind-the-scenes snaps at fashion shoots, many hashtagged #beautybeyondsize. Women responded (“They were tired of seeing one form of beauty for so long,” she says), and her fan base quickly grew—today she has more than 2.6 million followers on Instagram, Snapchat, and Twitter. With that massive platform, she’s been pushing for change in the fashion industry. But her deepest wish will always be for girls: “I hope they look in the mirror and say, ‘I am beautiful,’” she says. “When you do that, it’s a whole other ball game—you start to understand that your words have power.”

Here at Fashom we love the work that all of these women have done and we hope that they continue their great work!